The History of Woodbine

In the language of flowers, the word "Woodbine" means "honeysuckle," and implies a bond of love as is suggested by the plant's twining growth habit that embraces trees and other plants.

The rich heritage of the Borough of Woodbine is truly unique. Its roots may be traced back to the year 1891, when Baron Maurice DeHirsch, a German industrialist, banker and railroad tycoon, took it upon himself to engage in humanitarian efforts to alleviate the suffering of Eastern European Jews, who were being persecuted by Czarist pogroms. DeHirsch established a $2.4 million trust fund for the purpose of enabling over 600 families from Eastern Europe to emigrate to the United States for a better life and more promising future. Initially, the fund purchased 5,300 acres of land in Dennis Township, Cape May County, for $37,500. His vision was to create a safe and prosperous settlement for immigrants from Poland and Russia, who were invited to make the trip to the United States and form a new community. This purchase and offering was the beginning of an extraordinary development in Cape May County which eventually gave birth to the Borough of Woodbine. 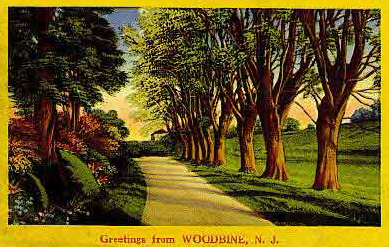 Within the first few years of their arrival, the new immigrants cleared the land for farming. The first sixty families, arriving primarily from Odessa, Russia and parts of Rumania, were not experienced as farmers, and found it very difficult at first. Initially, 800 acres of land were set aside for town lots, but the rugged nature of the land, plus the language and custom barriers, made the initial years of the project's development very challenging, to say the least. Interestingly, the residential center of Woodbine still uses the same grid that was originally laid out in 1891.

In late 1894, the DeHirsch Fund established the Woodbine Agricultural College to help educate and train the settlers in the latest and most progressive farming techniques known at the time. Armed with knowledge of new farming methods and modern agricultural practices, the settlers turned Woodbine into a model agricultural community. Because most of the original settlers were Jewish, Woodbine became known as the first self-governing Jewish community since the fall of Jerusalem. In the next few years, the college and its graduates won many state, national and international agricultural awards. 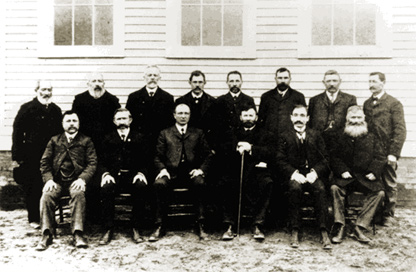 The Brotherhood Synagogue was built in 1896 to serve as a place for the new residents to meet and worship. Soon thereafter, the synagogue and the Myer S. Isaac Hebrew School was established, becoming the focal point of religious and social life for the local Jewish community.

In 1903, Woodbine was incorporated as an independent Borough, and was no longer part of Dennis Township. Yet, as time passed, the trustees of the DeHirsch Fund soon realized that farming was not enough to sustain the community. Consequently, they invited several industries to the area. Woodbine began to develop rapidly. Through attractive subsidies, many factories were built in town, including clothing, rubber, paper products, and toy manufacturing. By 1910 there were nearly forty industrial operations. 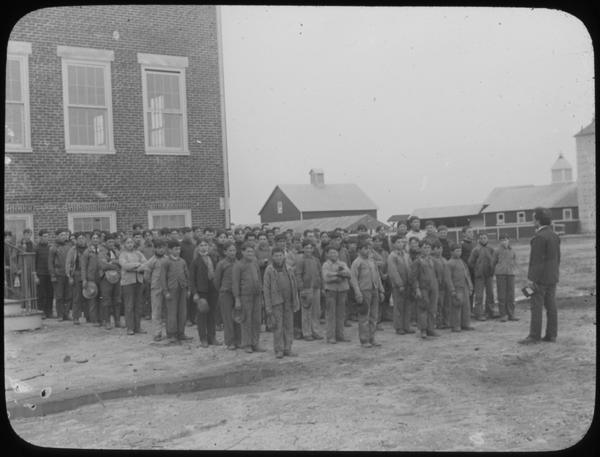 In 1917, due to dwindling enrollment and the onslaught of World War I, the Agricultural College ceased operations. The trustees offered the facilities as a gift to the State of New Jersey, and in 1921, it became the Woodbine Developmental Center, an Intermediate Care Facility for developmentally disabled men and boys. To this day, it remains a vital part of the community and Cape May County's largest employer.

By 1930, schools and churches entered the Woodbine landscape, and the DeHirsch Fund Trustees gradually withdrew from the affairs of the community. Local poultry and produce farms began to serve the major markets of the region, including those in New York, Philadelphia, Wilmington, Baltimore and Washington. This did much to promote New Jersey's nickname as "The Garden State." As Woodbine grew in stature, it became known as the "Economic Hub of Cape May County."

During World War II, the United States Army built an airfield and training base in Woodbine. In addition, a naval station was constructed and was utilized as a base for anti-submarine patrols. At the time, German U-boats were very active off the East Coast of America, especially off the Jersey coast. Today, the airport is the center of Woodbine's prosperous development efforts. The current runways can land aircraft almost as large as the Boeing 727.

Today, Woodbine is experiencing a rebirth in prosperity. It is, perhaps, the best kept secret in South Jersey. It is close to the shore, state parks and recreational facilities. It hosts various campgrounds, and is New Jersey's premier location for equestrian farms. 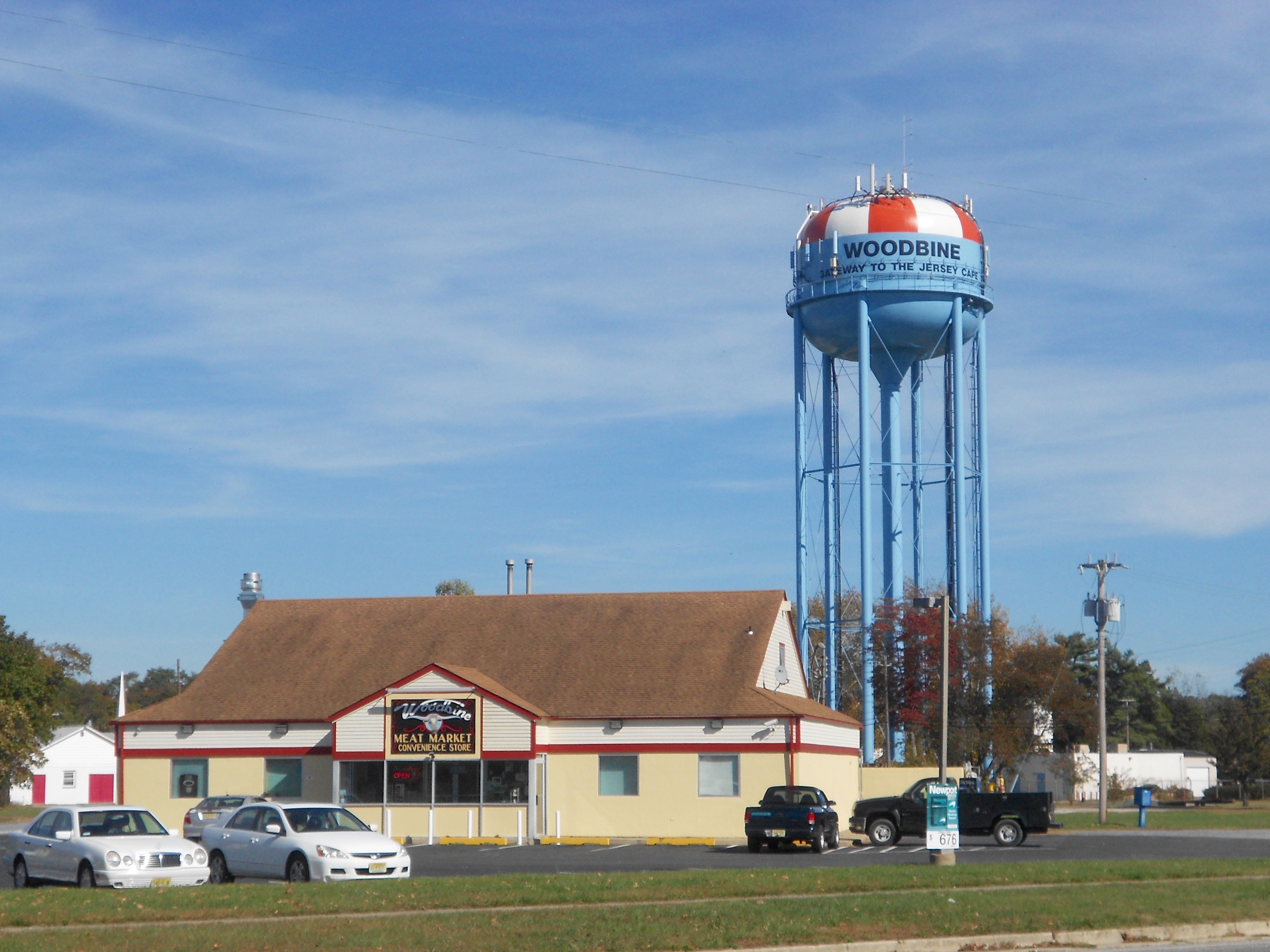 Local attractions include a borough-long bicycling and walking path, which is part of the state High Point to Cape May Bicycle Route. This path leads to Woodbine's airport, as well as the first completed leg of the county-long Belleplain State Forest to Cape May Park bike path. In addition, Woodbine is on the New Jersey Coastal Heritage Trail, and is near the Cape May National Wildlife Refuge.

As a tribute to his father and in recognition of Woodbine's rich heritage, Michael Azeez undertook the project of renovating and restoring the Brotherhood Synagogue. The restoration project was completed in 2003, with the Brotherhood Synagogue being transformed into the Sam Azeez Museum of Woodbine Heritage. The museum chronicles the history of Woodbine from its early settlers to today. Significantly, it preserves and displays a wealth of history, personal accounts, historical images, documents and artifacts that detail the story of the town's beginnings.

Today, the Sam Azeez Museum of Woodbine Heritage is listed on the National Register of Historic Places, and serves as a unique destination for visitors and a local resource for the entire Woodbine community. Since its opening in 2003, the museum has hosted meetings for many local humanitarian groups, as well as visitors from all over the United States and abroad, including Canada, Israel and France. South Jersey school children are regular visitors to the museum, where they explore the rich heritage of Woodbine.